Since the start of the pandemic, it’s clear that city-based hoteliers have been hit hardest, fuelled by a significant drop in corporate travel along with largescale conferences and events moving online. Indeed, during the recent (virtual) Annual Hotel Conference, STR highlighted that occupancy levels for the week ending September 27th remained at just 30% in London, among the lowest in Europe. Only Paris, Rome and Madrid recorded lower at 25, 21 and 20% respectively. Contrast this to some of the top performing areas of the UK; Plymouth saw occupancy rates of 91%, Inverness at 81% and Southampton at 69%, driven by a domestic ‘summer staycation’ boom.

However, there does appear to be a little light at the end of this tunnel for London. Business on the books data from STR shows some demand for Spring and the gaps between last year and today appear to be gradually closing.

Of course, while not particularly helpful to hoteliers, the data suggests that business is extremely short lead – as travellers leave planning to the last minute, hesitant to pre-book given ever-changing Governmental guidelines.

It’s a continually changing picture, but as IHG’s CEO, Keith Barr, noted at the Annual Hotel Conference, “The demand for travel is still there, when it safe to do so”. That’s certainly proven true by a recent survey of over 3,000 guests conducted by 80 DAYS, where a resounding 99% said they intend to travel in 2020/21. We can also look to China’s recovery as an excellent point of reference here, where hotels are now reporting record occupancy levels along with full restaurants, aeroplanes and trains.

But how is London trending digitally? We evaluated data from our sister company, Hotel Benchmark, comparing London with the rest of the UK to consider what we might expect in the final quarter of what has been a very unpredictable year.

How are the websites of London hotels performing vs. the rest of the UK? 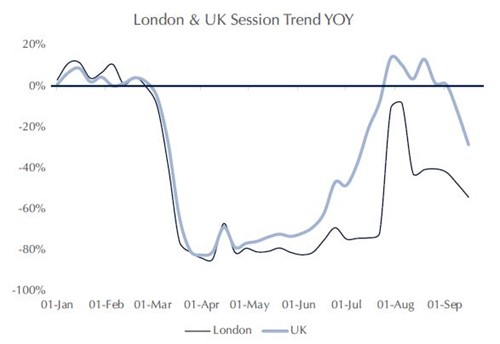 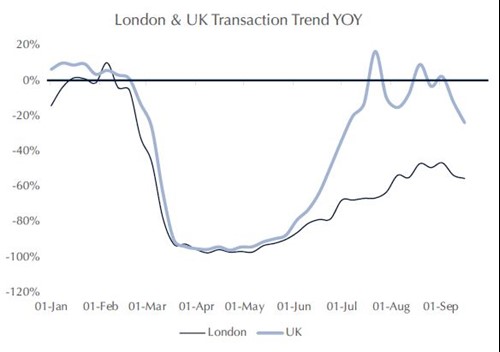 What age groups are most likely to visit (and book) a London hotel? 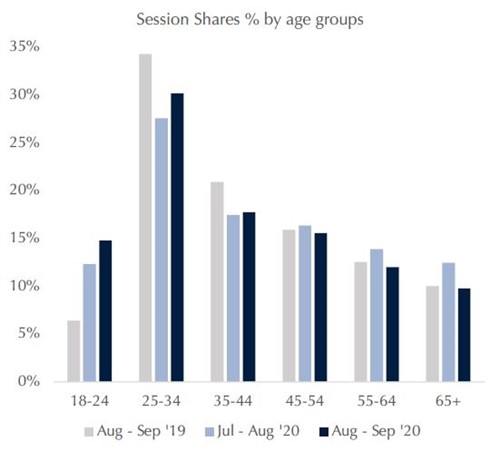 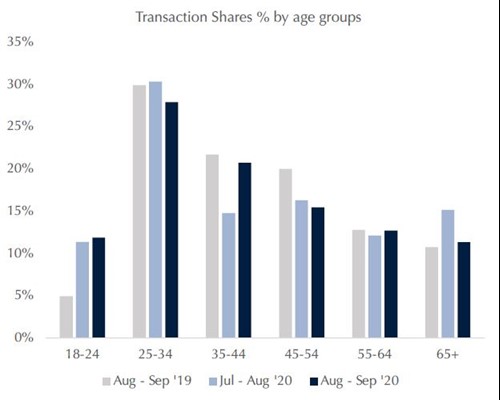 Does recovery differ for 4-star vs. 5-star hotels in London? 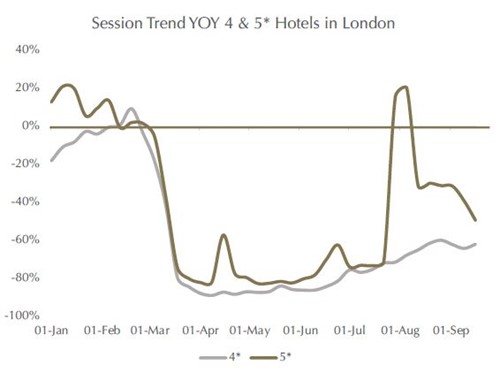 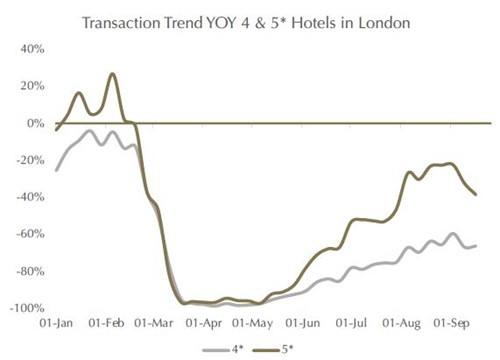 Where are guests coming from when visiting London (and the UK)? 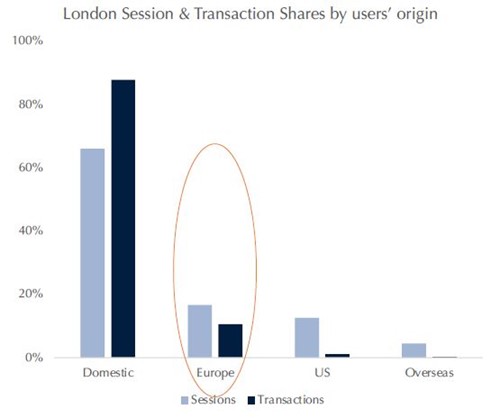 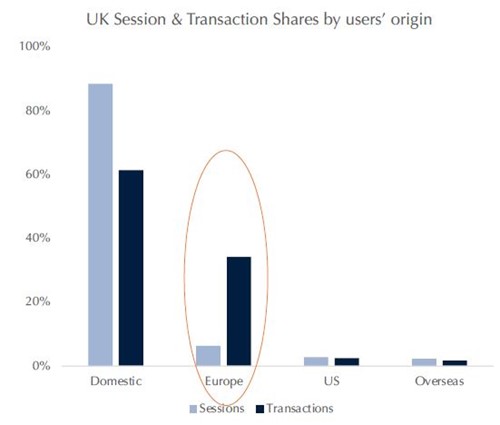 How have average order values (transactions) been affected? 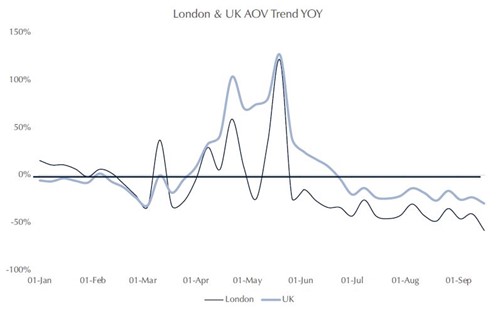 Are different age groups spending more/less than others?

It’s clear that there’s a long road ahead for London’s recovery, but we are starting to see the year-on-year gaps slowly, but steadily, closing. Of course the future is, unfortunately, less predictable and we’d encourage London hoteliers to sign up to our free benchmark report and measure their performance relative to the industry ongoing.

Discover why the ‘Internet generation’ deserve to be on your marketing radar for 2023. Read more 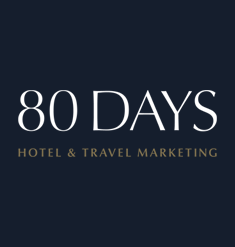